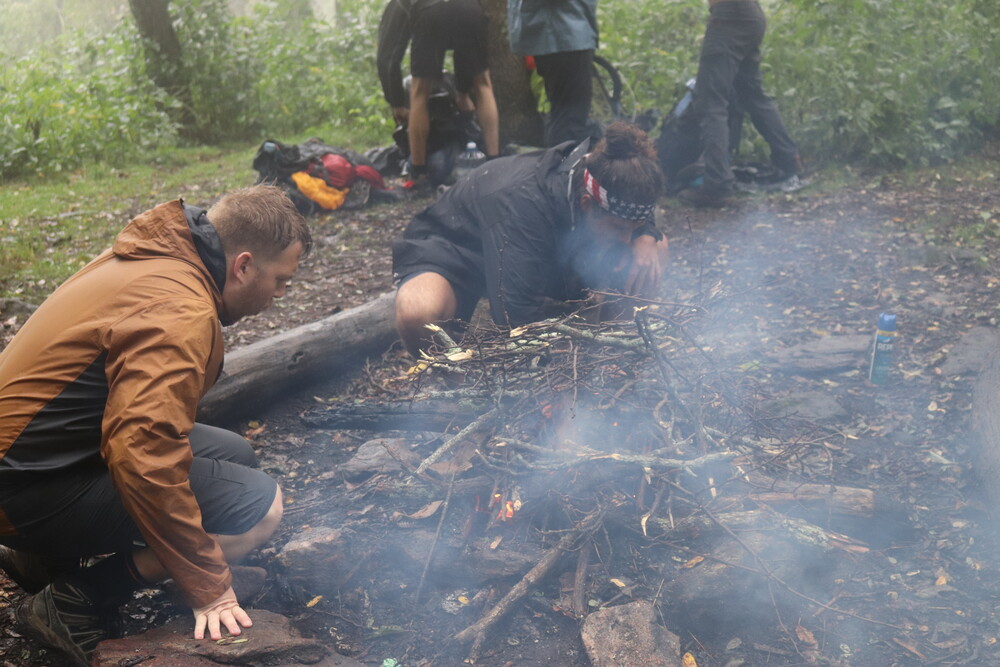 What does it look like to walk out the gospel?

What does it look like to help those who are in need?

Who are we supposed to turn to in times of disaster?

I recently spent my spring break in Pennsylvania training for Crisis Relief and Recovery. A group of 7 students from Excel went together. A group of people spending their time off to be trained to help those in need in a time of disaster. Crisis Relief and Recovery is an organization that aims at being the first in and last out during times of crisis. Domestic or international CRR aims to be a group of highly motivated people who live out the call of the gospel, love others and bring heaven on earth. A big part of this is the initial phase of relief. CRR is creating a team of people who can deploy into crisis situations and partner with locals in the area in order to alleviate human suffering to the best of their ability providing anything ranging from physiological first aid, clearing blockages in roadways, food and shelter, and reconstruction. They also aim to leave the area better than when they found it. The goal is not only to go in and provide relief but also to partner with locals to rebuild and create a community that is thriving in all aspects.

During the training, I was absolutely blown away by the level of professionalism and care each of the leaders showed. We were trained in reading maps and compasses, tactical combat care, first aid, chainsaw work, and construction, and then put in scenarios where we had to actually use the training that we received. This can be extremely daunting. We were trained in the maps and compass reading and then released to the wild to actually put them to the test on a long hike using only a compass and a map. Other scenarios included getting to injured people, assessing the situations, providing first aid, and helping people get evacuated, as well as getting them the care that they needed as soon as possible. It was physically and emotionally demanding. It was cold. It was hard. But it also was really good. When disaster strikes, who can people turn to? The physical trauma is heavy on its own but then the emotional side of losing everything and losing people these people care for is excruciating. The idea of this team and program is not simply to go in and preach the gospel. It is to go into some of the toughest situations and live out the gospel. The goal is not to convert people. It is to alleviate suffering, provide care, and see a community restored. And we learned a little bit about how to start doing that.

Our team consisted of current students here at Excel college. Each of them performed exceptionally in their own way. What stuck out to me most was the way that it felt like family. We received some feedback from one of the other people doing the training that we were some of the nicest young people he had ever met…. Wow. I have been a part of missions teams and groups and that is some of the best feedback we have received. The thing is this wasn't a team of “missionaries” but actually, just young men and women who love God, love others, and do life together. Our life here at Excel, the school, and the culture on campus have prepared us for some tough situations, where most are stressed and exhausted, this group excelled. It felt like family the entire time.

One of the scenarios we had consisted of someone coming to our group and asking us to help with a couple of injured people down in “the city”. Our group got together, took a deep breath, and moved into action. The trailer where the injured people were was smoking and there was a big fire outside. In chaotic situations with injuries and yelling going on it is very easy to lean into chaos and let it take a hold of you. In fact, one of the things we learned is that just because something is loud does not mean it gets first priority. Our team was assessing the situation and providing care with some tough circumstances thrown at us. We also had to medevac people in this scenario to a location a little further than our med tent which required six of us to carry an injured volunteer on a stretcher about a mile through the woods. One of the people we were treating was yelling and screaming about his friend who was injured. This added a level of stress to an already stressful situation. After all was said and done we regrouped. I would not have been surprised if people wanted to go nap or take a second after it was finished but our group got together and we broke down the scenario and how we did, and gave feedback. We did not let the crisis affect our relationships or our attitude during the entire thing. Everyone wanted to help and found a place they could use their skills and be a part of the solution. A big fear in situations like this is that when problems arise people trying to help can become a part of the problem. That was not the case here.

Overall, the trip was hard, demanding, and not what I thought of when I pictured my “spring break”. Oh, and did I mention that it was cold? But it was beautiful, useful, helpful, and rewarding. I believe a lot of the things I learned during this training such as first aid, combat care, psychological first aid, and some of the philosophies will carry with me throughout my life, and are not only useful in disaster situations but can be applied in everyday life. I got to spend a week with some incredible individuals and we got to do some really hard things together. This is a week I won't forget. And if you are looking to get out of your comfort zone and do something hard but rewarding, not only for yourself but to serve a lot of other people, do CRR, I don’t think you will regret it.

More Than Just A College

C7 student, Josiah Cole, tells the story of how he made it to Excel College.

Getting Out of the Comfort Zone

One choice can transform our lives - and us.

Redemption in the Challenge

Unity and leadership were found on the trail during C7's Adventure Challenge!